– Problem:
The largest problem of global comic distribution is the slow speed / high cost of translation. These problems prevent publishers from delivering their comics abroad.
Consequently, manga (Japanese comics) are currently mostly served by low-quality, unprofessional, pirated translations on sleezy sites. The pirated Manga market in the US is estimated to be $10B/year, which is hugely damaging to publishers and Manga authors.

– Business model & Tractions
We charge $1000-$5000 per month for our comic translation tool.
Within a month of the launch, 20+ publishers and online comic distributors had requested a free trial, and one of them had already switched to a paid plan ($1000/month). 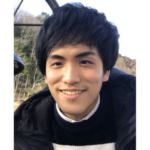 TAKETO SUGAWARA – 日本
Director,
Incubation and Entrepreneurship Education,
The University of Tokyo
Firstly, they are focusing on an essential problem for the publishing industry of Japan. Piracy of comics has been a problem for many years. Many top-tier publishers in Japan are tackling this issue with legal actions and service improvement.

I strongly believe that both the problem they are working on and the team are worthy of being nominated for AEA2020.