The major use of seaweed has been predominantly for human consumption. Call to increase consumption has long been made for seaweed gets highly regard as sustainable food potential. Besides its use in functional foods, seaweed also finds its way in processed, powdered forms used as hydrocolloids, texturing agents, and/ or stabilizers, for food, pharmacy, and cosmetic industries. The Global demand for particular use of seaweed in the form of empty capsule for instance, is expected to further increase in an annual growth rate averaging 7.3% per annum since 2016 and is projected to continue until 2026.
Seaweed as the main input to Inobi’s production system has been becoming an important commodity to support the economy of the coastal area. Indonesia, commonly known as a country with the second longest shore line in the World, has huge potential. Combination of climatological aspect and ecology provides a perfect environment for seaweed cultivation. These facts make seaweed become one of Indonesia’s leading marine commodity in the Global market to date. Currently, Indonesia is the second best world’s seaweed producing country after Chile. Indonesia seaweed production in 2010 reached 3.082 million tons, exceeding the target set by the Ministry of Maritime Affairs and Fisheries (KKP) of 2.574 million tons. Further increase in production of 3.504 million tons in 2011, 5.1 million tons in 2012, 7.5 million tons in 2013. Indonesian seaweeds are commonly produced and exported in the form of dried seaweed and/or semi-finished product for example carrageenan, alginate and gelatine.
Hard Capsules are solid preparations consisting of drugs in hard or soft shells that can dissolve. The shell is generally made from gelatin. Gelatin is a hydrolysis product from collagen that comes from the skin, tissue and bones of animals that are commonly used, namely from the bones of cattle or buffalo and pig bones. Hard capsule product from seaweed is an alternative gelatin capsule, important for Muslims, Jews, Hindus, Vegetarians and Others on dietary reason. The recent trends of increasing demand for plant based capsule husks finds its explanation not only in the aforementioned communities but more importantly in the changing lifestyle due to the improved awareness and the shift in the value of healthy life, whereby people exempt themselves from animal based- and derivate products and instead opt more for seaweed as healthier option. 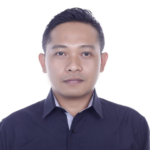 TOTOK HARI WIBOWO – Indonesia
DR,
Coordinating Ministry for Economic Affairs (CMEA)
Starting with the idea of building teaching factory in Marine sector, the University of Airlangga ends up having a Start-up – PT Inobi, that is a robust and promising seaweed based empty capsule maker. Their initiative proves that home grown technology based Start-up can provide not only healthier option to customers but impacts people in terms of social and economic in sustainable way. Having all the preparation done, PT Inobi now intends to broaden its business abroad while strengthening its niche in domestic market.