Cavli Wireless is an IoT building block provider, bringing together connectivity, application processing capability and data management into one single platform. Cavli Wireless designs & manufactures industry-grade cellular IoT connectivity and compute modules that enable seamless cellular IoT implementation and faster product deployment different IoT applications worldwide. All of Cavli’s Smart Modules are loaded with global cellular connectivity with the integrated eSIM feature which is powered by our GSMA certified eSIM provisioning system. This ensures that our customers get to enjoy attractive cellular data rates around the world along with hassle-free deployment and subscription management through our proprietary cloud platform – Cavli Hubble. With our GSMA certified Connectivity as a Service platform & native connectivity hardware, we work with telecom operators around the world to facilitate global scale to IoT product makers around the world. Our proprietary stack embedded in the hardware enables it to interact with our connectivity platform monitoring several device performance parameters real-time. This layer of intelligence helps to automate several parameters related to devise performance like remote diagnosis, because of which the manual intervention required is less. We have designed a full suite solution in an industry that has many fragmented players in the value chain. 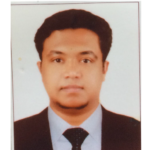 SIVA RAMAMOORTHY – India
Mentor,
Zone Startups
IoT promises to be one of the most disruptive technologies of 2020’s. To make IoT real, the basic building block is essential. Cavli Wireless is an innovative ground level IoT building block start-up. At a basic, Cavli is both a hardware and software company; the software is the key differentiator. Cavli hardware goes inside IoT aware equipment (such as a Refrigerator, Car, Industrial device) and provides for connectivity and control of the device. The Module also provides for some computing capacities, so that the hardware manufacturer can implement algorithms on the device (Say encrypting the IoT communication).They are also very aggressively following all emerging standards in this industry (Such as GSMA). The software and manageability features called as Cavli Hubble provides for a much easier rollout of IoT by handling manageability details (such as Cellular subscriptions, communications costs). They have good customer traction with customers such as Dialog Telecom in Sri Lanka, Industrial refrigerators and automatic power consumption calculators. They will greatly benefit from engaging with Japan; Japan and Japanese conglomerates are the emerging capitals of IoT.