Intended Use:
AcuSeptTM generates diagnostic scores which fall in the range of either above or below a validated threshold level that determines the risk of sepsis. AcuSeptTM results are to be used in conjunction with clinical assessments and other laboratory findings as an aid to identify patients with low or high risk of infection and sepsis. 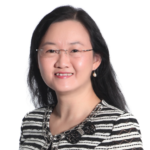 Sepsis is an emergency, life-threatening illness yet the conventional method based on microbiological blood culture takes several days to obtain a diagnosis result. With ARL’s Sepsis test, conditions can be improved significantly and saving lives of patients.

ARL has received strong support from several Singapore government agencies including the Agency for Science, Technology and Research (A*STAR) and Enterprise Singapore.