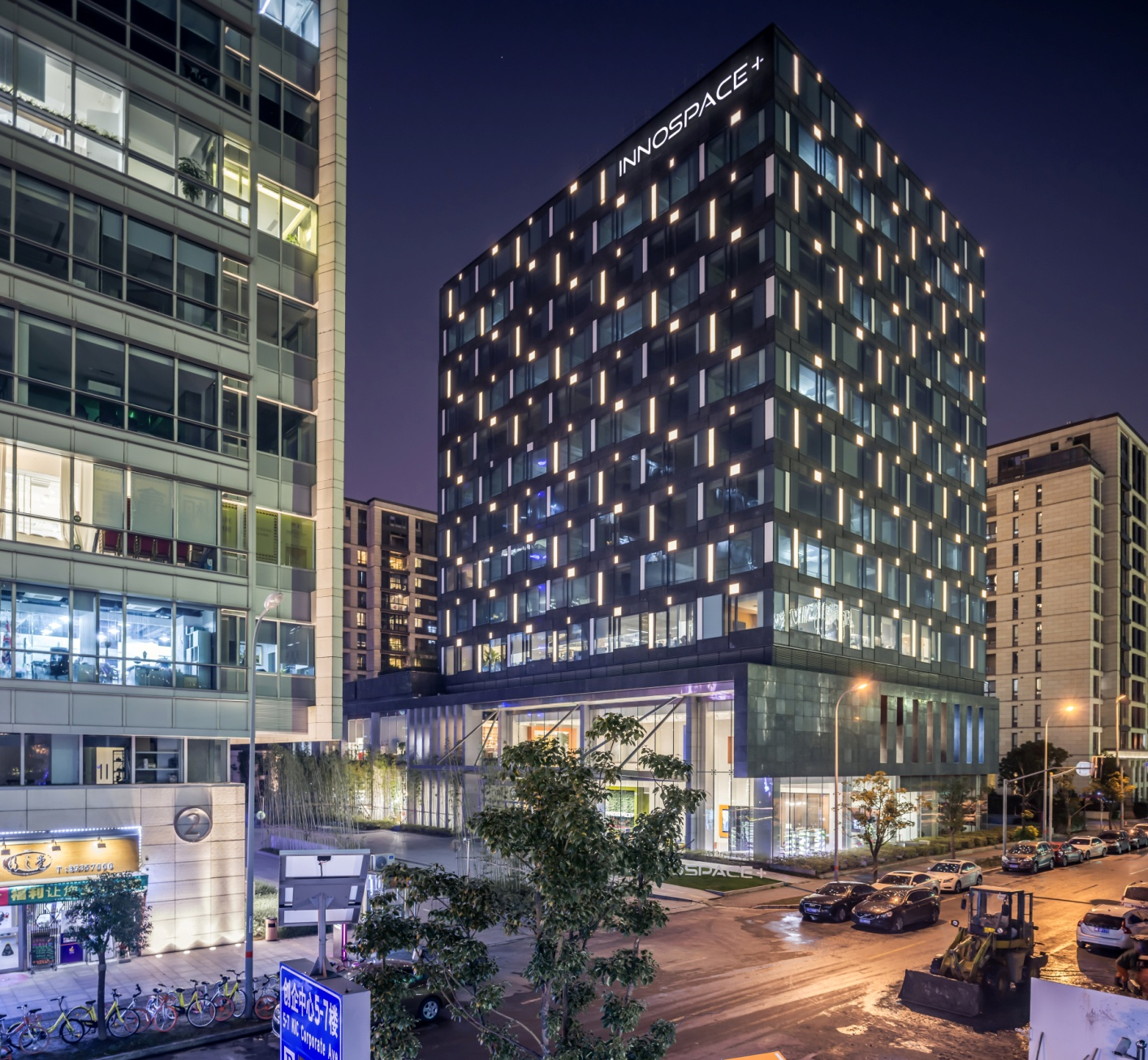 Shanghai recently has blossomed into a startup haven at the back of an international culture which readily accepts new ideas and foreign participation; and supported by a vibrant young demography, and an increased purchasing power of the growing middle class. Since mid 2016, more than 70,000 startups have been set up in the city; representing an impressive 20% increase from the previous year.

The startup community in the city is forming up very rapidly over the past few years. There are countless incubators, accelerators, co-working spaces, events, meet-ups, mixers, VCs and networking parties. Imagine a market of 23 million people, with the highest purchase power of China. A city with one of the world’s largest number of billionaires, where even a small and niche sector might be a huge market in Asia and even the world. This is indeed the scale of Shanghai!

Private VC investment is flooding into the City. Chinese startups attracted US$41.8 billion in 2015 with Shanghai startups alone attracting almost 20% of the total amount. Around 12,800 angel investors are interested or have invested in Shanghai startups and there are more lining up every day. Recognizing this potential, Shanghai City Government is now positioning the City as a prominent Global Technology Hub. Currently in Shanghai, investors can be compensated for up to 60% of their initial investment depending on some factors such as size of the venture and number of employees. The compensation for each investment project is up to RMB 3 million (US$460,000), and the annual compensation for each investment firm capped at RMB 6 million (US$920,000).

Incubators and accelerators serve to support early-stage ventures. Currently, there are over 500 entities in Shanghai that can be classified as incubators, accelerators or co-working spaces, most of which were established within the past three years. These accelerators and incubators are moving quickly to differentiate themselves as the competition heats up, while also remaining flexible in order to take advantage of the various government programs and incentives. Started off in 2011, INNOSPACE+ easily stands out with its well-established and comprehensive startup ecosystem, including an entrepreneurs’ café (IPOclub), early stage incubator (InnoSpace), hardware lab (InnoMaker), co-working space (InnoWork), and an Angel’s Fund (INNOSPACE+ Ventures). INNOSPACE+ has successfully produced 8 ventures; each with a valuation exceeding US$15mn within 12 months of inception. 60% of its startups have successfully raise their next round of funding with an average increase valuation of 4-6 times. Its 3-year survival rate stands at an impressive 70%. With such impeccable track records, InnoSpace incubator has been ranked consecutively 3 years as ‘China’s Top 10 Incubators’. Recognising China’s potential as an innovation hub, many overseas players are keen to work with prominent incubators and accelerators. Indeed global leaders like Siemens, Intel, BMW, Microsoft are now working closely with INNOSPACE+ to support startups and entrepreneurs in the city.

With such favorable conditions to start on your own, it’s difficult to say no to this up and coming startup hub of the world. 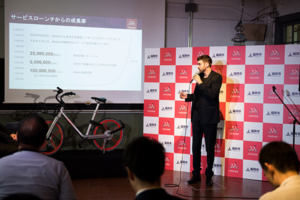 Mobike has announced it will launch its bike-sharing services in Fukuoka, Japan, later this year. The information was shared at a news conference in Fukuoka. [Photo provided to China Daily]

Bike-sharing is the year’s hottest tech trend in China. Mobike is the world’s first station-less bike share service. The company was founded in 2015 by its founders who chose to return and start their new venture in Shanghai after spending several years studying and working overseas. Mobike solves the last mile problem and incarnates a revolutionary lifestyle. It’s also a much healthier means of transportation that reduces congestion & pollution, and helps improve urban design through data.

Mobike charges 1RMB (around US$0.15) per 30 minutes. Its bikes are dock-less,  i.e. they can be dropped off and picked up from anywhere thanks to an embedded GPS chip, and are simply unlocked by scanning a QR code using the mobile app. At peak times, Mobike claims it handles as many as 30 million trips per day on its service. Today it claims over 150 million registered users across more than 180 cities of 8 countries around the world.

The company has raised more than US$900 million from investors, which include Tencent, Sequoia, Temasek and Warburg Pincus, according to data from Crunchbase. With US$3 billion valuation it recently made to the list of ‘The Global Unicorn Club’ by CBInsights.

Mobike is currently focused on growing its bike ride business, but its future plans include enabling courier services, e-commerce plays and packaging data for business customers. On top of that, it is also pursuing an aggressive international expansion aimed at taking it to 200 cities across the world before the end of this year. It is an ambition shared by Ofo, Mobike’s biggest competitor in bike-sharing, which is backed by Alibaba Group Holding Ltd and Chinese car/taxi-sharing market leader Didi Chuxing.

Representatives of this bike-sharing giant announced the company established a Japanese subsidiary, named Mobike Japan Ltd, in Fukuoka city, after its efforts of raising more than US$600 million in Mobike’s latest round of financing from investors, including Tencent Holdings Ltd. Chris Martin, head of international expansion of Mobike, said the Fukuoka city government, along with the Fukuoka Directive Council, gave Mobike an incredible platform to expand business into Japan. 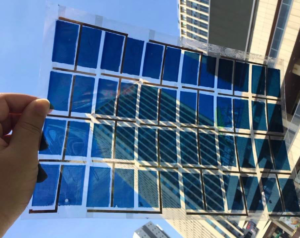 In our world, only 0.6% of things are “smart” and the rest of 99.4% of objects we interactive with on a daily basis are dumb. They are only “things”, neither smart and nor connected. But the

world can be quiet different in the future. A world which every single item around us, no matter it’s a cup, your shoes, or a road — even a plastic bag will be a computer. Everything have their own intelligence.

Is that just another fantasy? Prtronic thinks not. How could we make plastic bag a computer? The answer is with new technologies which can cut the price tag of a computer to 0.01 dollar and letting ordinary people to parcitipate, to build the future together. It’s time to re-imagine the future world we called “the Internet of Things era”.

That’s the reason why Prtronic invented the world’s first desktop micro-electronic printer and associated material inks for innovators, makers, designers and artists. The machine can enable individuals to print solar cells to help the people without electricity in developing countries, or to make a shinny lamp with your favourite character image,  or even to print a microprocessor or a digital clock.  We foresee in the future, innovators around the world will use it to print a TV, radio speaker or even some kind of self-replicating machine.

Founder of Prtronic River Lan, who considers himself a maker and a scientist, graduated from Imperial College London, dropout PhD at University of Machester and he is certainly not ashamed of it. ‘It is the era of makers. Self-make and self-invent is highly appraised. ’ River couldn’t sit in the classroom ignorant of what was happening out of the campus in China and the huge potential beneath it. Prtronic aims to enable makers with one tool that does all. The maker community is s small group, but “All technology giants in the world started with a niche market and then built the empire on it. Prtronic wants to do the same.” Said River Lan.

Shanghai is River’s first choice when considering where to startup it up.  In most cities in China, E-commerce network is so developed you may purchase any parts and components and be shipped to door in just a couple of days. However, talents and the atmosphere that encourages innovation is hard to come by. Shanghai has the world’s best education system in China; boasting some of China’s top universities. Prtronic is collaborating with top universities incl. Shanghai Jiaotong University, Tongji University, and several institutions of China Academy of Sciences, etc.

“The best way to predict the future is to create it.” == Peter Drucker 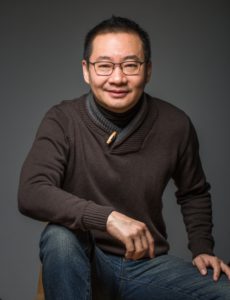 Richard Tan is Chief Executive of INNOSPACE+, one of China’s most influential incubation platform.

Mr. Tan is also the Founding Partner of INNOSPACE+ Venture. Its first Angel Fund of US$6mn has seen some good exits; enjoying a bookgain IRR of 63%. INNOSPACE+ has strategic partnership with key technology hubs both within China and overseas and currently hosts more than 300 start-ups – almost 1/3 of these have an overseas background including USA, UK, Canada, Australia, Singapore and Japan. 60% of its startups have successfully raise their next round of funding at an average increase valuation of 5-7 times.

Prior to setting up INNOSPACE+, Mr Tan was the Vice-Consul General for the Singapore Consulate-General in Mumbai, India, and double heading as the Regional Director for the Singapore Economic Development Board.