Metcela Inc. is a pre-clinical stage biotech startup in Japan. At Metcela, we are developing an innovative, clinically viable and efficacious cell therapy for chronic heart failure using a specific type of fibroblasts found in the heart, called “VCFs” or VCAM-1-positive cardiac fibroblasts. The effects of VCFs in cardiac function have been demonstrated in various animal heart failure models. VCF’s main function is to modify the microenvironment of the infarcted heart to promote survival and proliferation of pre-existing cardiac cells. Unlike many other technologies, our approach is to simply yet truly regenerate the cells that already exist in the heart and help them thrive in a more favorable environment that VCFs create.

For cell delivery, we have teamed up with a leading catheter manufacturer in Japan to develop a unique injection catheter system which can assist the clinicians to precisely inject VCF to the infarcted areas. Combining the novel characteristics of VCFs and a cutting-edge technology of the precision delivery catheter, we are preparing to initiate an investigator-initiated phase I clinical trial in Japan in early 2021 and later bring the technology to other parts of the world. 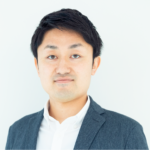 FUMIHIKO UCHIDA – Japan
Professor, Deputy director of headquarters for industry-university collaboration,
University of Tsukuba
Metcela is attempting to address critically unmet medical need in heart failure, for which there are no treatments that can fundamentally cure the condition. Heart failure patients’ symptoms continue to get worse while repeating hospitalization for the rest of their lives.

Since its launch in 2016, Metcela executed several pre-clinical studies on a tight schedule and demonstrated significant improvement in the heart function. With its exceptional pre-clinical results and its unique modes of action for cardiac regeneration, Metcela successfully financed more than $9M since establishment.

Metcela has been also successful in attracting key talents and advisory board. Metcela has a tight relationship with cardiologists at the University of Tsukuba and transformed its technology to the clinical viable product by incorporating real needs at the clinical site.

Taking advantage of acceleration programs including the Research Studio hosted by the University of Tsukuba and the UC San Diego, Metcela continues to improve its business and clinical trial plans.

Metcela was also successful in corporate partnerships. With its capital and business alliance with Japan Lifeline, novel injection catheter has been developed and its usefulness was confirmed in the porcine pre-clinical study with the recovery of the heart function.