Our company focuses on using the 3D videos and tools to show the overviews or inner structures of houses as well as design the decoration of the houses in the real estate industry based on the Building Info Modeling technology. We provided two products that are 3D virtual tours and online 3D virtual design tool. Our customers are real estate developers, house buyers as well as house decoration companies.
The company can support itself by the cash cow product of the 3D virtual tours. The online 3D virtual design tool is the promising product for the future with leading technology and innovative business idea. We have now developed corporations with many large real estate developers who can be further leveraged as our promoting and expanding channels.
The core team members are excellent and experienced with rich knowledge in Building Info Modeling technology, real estate market and start-ups operation. 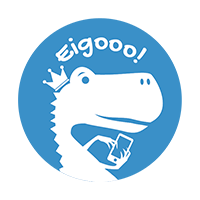 English Anytime
During his time abroad in Japan Founder and CEO Peter Rothenberg found that texting his friends in Japanese was great for his language learning but wished his friends corrected him and that his friends would respond more often.
As a linguistics major at UCLA Peter began to study the effects of using text to learn a language and decided to pursue the idea fully, founding Eigooo Inc. in July 2013.
Eigooo is different from traditional classroom methods for teaching English. We do not “teach” English per say, but give students the tools, motivation, and confidence needed to want to learn, use, and enjoy English.

Justaple is a social curation service where users can save any webpage permanently. The service includes numerous functions which can not be found on traditional bookmarks, such as making a traditional bookmark visualized, full-text search, synchronization of PCs and portable devices, and off-line reading. In addition, it enables the users to categorize thousands of webpages by their specific perspective and share the contents with friends and families. Therefore, people using this service are not just receivers of information, but curators who actively share the information.